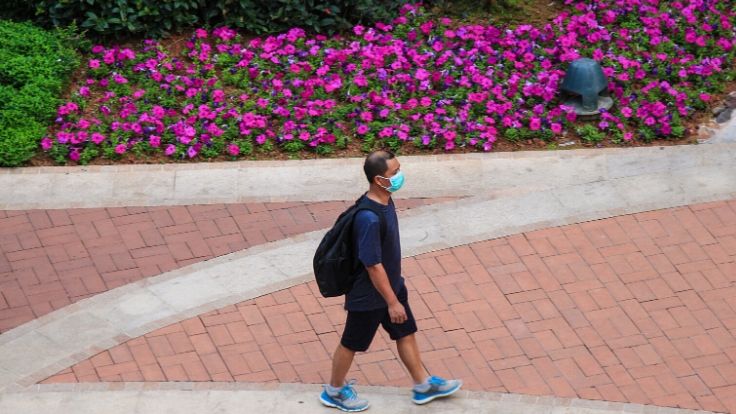 The Center has suspended air, metro, and inter-state bus travel across India for around one and a half months to stop the spread of coronavirus. K ASIF has also been shut down, apart from financial, political, economic, religious and other gatherings, hotels, restaurants, cinemas, malls, gyms, sports complexes, schools, colleges …

Yet even though the lockout is lifted, or more curbs go, life is never going to be the same again. Significant changes are awaiting people as the country has new ways to shop, ride, book in hotels, watch movies or even dine out.

Many businesses engaged in offering services such as air travel, retail, food & beverages (F&B) and hotels are expected to reduce their offerings in the initial months as they comply with social distancing requirements and cut operating costs in the face of a tough business environment.

Post-lockdown preparations are charted as the government prepares to lift new restrictions.
Most businesses plan to remain depressed by demand at least until October until the festive season elevates consumer sentiment.
Hoteliers, airlines, retailers and shopping centre managers state that when they re-open, they plan to play it safe.

After zoning districts and areas between red, orange, and green based on case numbers for coronavirus, the government has significantly eliminated curbs outside hotspots and authorized the opening of stand-alone shops and establishments. It has signaled that after 17 May, the last date of lockdown 3.0, further economic activity will be permitted.

Many industry experts believe the epidemic would result in drastic changes in consumer and business perceptions, habits, and expectations that will reshape their products and services accordingly. Consumers would be more worried about their wellbeing and expect the service providers to be more hygienic.

According to industry insiders, consumer experience does not stay the same at shopping malls. Mall owners are charting new rules taking customer footfall and construction structure into account.

Manoj Gaur, managing director of the Gaurs Group, said that large-format stores such as Big Bazaar could be advised to restrict entry and obey social distancing norms, while preference could be given to small stores to start operations.

“It would be best for large format stores to uphold socially distancing norms, high hygiene standards and restrict people ‘s entry,” he said.

On the possibility of lower revenue and high operational costs, Gaur said the government would need to announce a relief package that includes lower GST, without which many jobs could be lost.

Wholesale retailer Metro Cash And Carry India Pvt Ltd have strictly prohibited customers who do not wear masks or are identified at 99-100 temperatures during thermal screening in what appears to offer the glimpse of shopping stores post lockdown.

“We have required wearing masks for each client. We do infrared temperature scans for all and those with 99-100 temperatures are not permitted. Only small people are permitted every hour, 50-60 versus 500-600 at any given time before. Cashiers are expected to wear face masks to guarantee the safety of both customers and employees, “said Metro Cash & Carry India MD and CEO Arvind Mediratta.

In addition, the Indian arm of the German retailer has started to send customers appointments over the phone or online to visit the store so no crowding occurs.

Footwear and clothing retailer Woodland will also restrict the number of customers entering the store at one time and allow them to wear gloves and masks.

The company is working on plans for customers to disinfect a product after trial.

“Normally when we try shoes and all of them, we have disposable socks. Likewise, we’ll see if a product that’s being tested can be disinfected, so we’re working on something like this even with garments,” the expert said.

Even movie-goers can be in for a disappointment as new releases are highly unlikely.

They will have to make peace with certain films that have been pre-released.

Movie production has gone haywire and it is inevitable that multiplexes will return to old films.

Upon agreement on shutdown, multiplex operators will discuss a potential action plan with distributors.

Asked whether to play old Hindi movies, Asher said it was an option but there would also be English movies and other content.

Discussing the post-lockdown re-opening plan, the MAI president said it was proposed that multiplexes should not sell more than 50% of the seats in order to maintain a seat difference between two men.

“We ‘re going to schedule film and intermission timings to make sure so many people don’t come to lobby or other locations,” he said.

Unlike other service providers, airlines are also facing a double whammy of low demand and higher costs to enforce social distance requirements.

A top private airline executive said putting any social distancing standard in place has a cost. There is also confusion about some states which enforce a longer lockdown in the red and orange zones, which affect flights.

If the air travel ban is removed and states enforce lockdown, this will pose challenges for both passengers and airlines.

“Grounding the aircraft is easier than flying it again! But when you ground the aircraft you park it wherever you find it, so it is parked all over the country, not usually in official parking bays with fuel pump connections, etc. It would take several days longer to bring them back into service than to ground them,” he said.

The industry expects some pent-up demand in the initial days, as the service will be used by people trapped in different locations. But demand will then slump at least until people felt free to travel.

This is why airlines should sell fewer flights and sectors. The nodal Ministry of Civil Aviation is scheduled to announce the opening of domestic flights for passengers, airports and airlines with separate riders.

Private airlines such as Spice-Jet, IndiGo and Vistara have opened flight reservations with effect from 1 June 2020.

Similarly, hotels are also anticipating demand to pick up after having lifted the lockdown for at least six months. Since other limits, such as on public meetings, are expected to remain even after the lockout, hotels won’t provide space for conventions, weddings and events. The hotel industry is anticipating a substantial reduction in manpower and other costs. They are unable to offer all services at once, in the event of lower demand.

“Business will come back starting with accommodation. In terms of meetings, conferences, weddings, we ‘re looking at a much longer period until the states allow you to do those things and people feel confident getting together in secluded areas. So, we ‘re probably looking at accommodation first and then dining room service.
Bakaya said payroll and electricity were the two main expenses and in the face of reduced demand, they should be rationalised.
“If there is no list, how can we pay? Where does the money come from,” asks the hotelier